The British Drilling Association (BDA) is pleased to welcome Joel Stevens as the Association’s new General Manager, who officially takes up the position 17th January 2022.

Joel will take over the General Manager position from John Grainger, who took the role on an interim basis, but will be stepping down to allow a dedicated, full-time person provide the support and attention that the Association demands.

Joel joins the BDA through his own company, Adaptive Management Consultants Limited, which works with both the private and not-for-profit sector, including membership organisations. His most recent position was as Finance & Resources Director with Micro Solve (Hygiene) Ltd, where he led and managed the £1.8M company, with 40+ employees, with responsibilities including the control of all aspects of cost, contract negotiations, managing relationships and business development, he joins the BDA professionally qualified for the demands of the role.

On the not-for-profit side, Joel has also worked with Action4Youth, where he was Business Development Manager & Group Co-ordinator. Joel worked intensively with groups to devise a way to allow them to become sustainable, through the development of various strategic plans. A large part of his work included providing support to groups on areas such as governance, safeguarding, health and safety, insurance, equality and diversity, business plans, finance and funding opportunities.

Joel also has a proven history in project management and securing financial support from a range of sources, which enabled Action4Youth, its affiliated members, and the wider voluntary sector, to maintain a high standard of delivery and to implement, develop and sustain crucial projects and services for children and young people.

Speaking about the appointment, BDA Chair Richard Fielden said: “We were pleased that there was a high level of interest in the position, and we had some really strong applicants, but Joel was the standout candidate with his with extensive not-for-profit and financial and budget management experience, as well as strong business development, relationship management and networking skills, he will be a genuine asset to the BDA.”

In his new remit, Joel will be tasked with the full responsibility for the management of the organisation, affiliates collaboration and the running of the growing BDA Audit scheme. He will also be making regular contact with all members, eliciting feedback, and ensuring that the BDA is responsive to the challenges the drilling sector faces now and in the future. 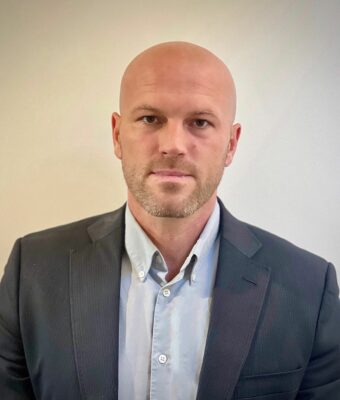